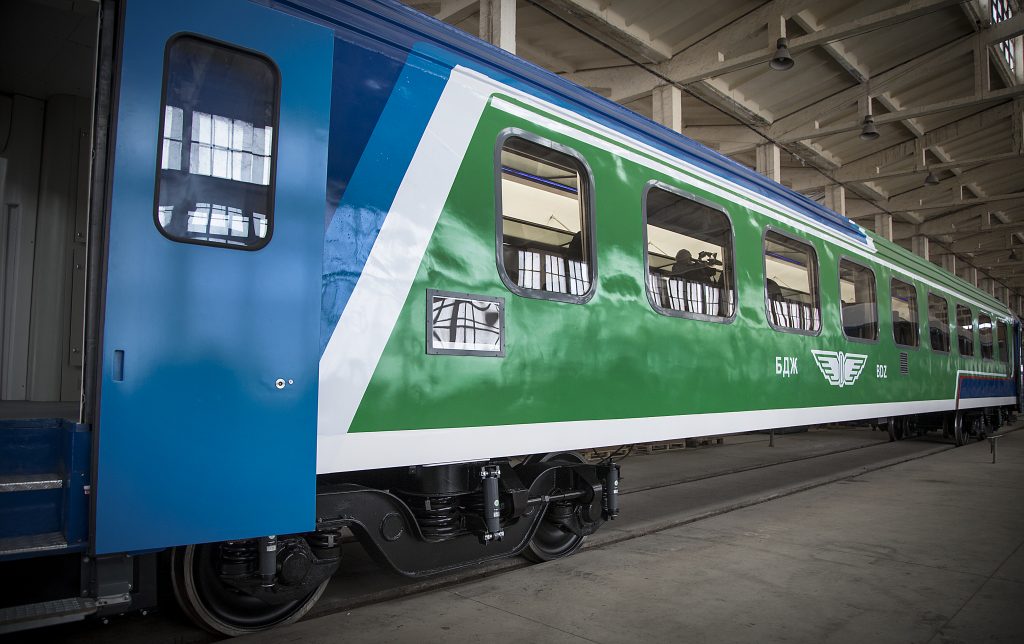 December 30, 2021 on the territory of „Vagonen zavod – Intercom“ Corp. in Dryanovo city official presentation of the first coach from „Sokol“ project was made. The meeting was attended by representatives of various state departments, media and other officials.

By decision of the Board of Directors in 2018 our team started the development of the „Sokol“ project.

By order of „Vagonen zavod – Intercom“  the artist Kiril Kirov made a special picture of the train „Rail Cruise Europe – Dream Express“. The picture measures 140 x 100 cm and depicts the design of the train.

In the period 10-13 April 2018, Bulgaria welcomes an official Chinese delegation from CRRC, the world’s leading company from the industry, which to get acquainted with the situation and opportunities for investment in Europe and Bulgaria.

Restoration of the „Royal Coaches“

The unique royal wagons, manufactured more than 105 years ago in the factories of the former Austro-Hungarian Empire for the needs of the royal family, were restored in „Vagonen zavod – Intercom“ – Dryanovo.

Do you know that the „Vagonen zavod – Intercom“ is the first in Bulgaria? Most likely, because this fact is also mentioned in the history books. It was established in 1921 as a private cart-iron workshop by Kolyu Kolarya, Nikola Penchev and Nikola Ivanov, and only carts, agricultural tools and small agricultural machines were made in the beginning.

How many working enterprises in Bulgaria that are almost 100-years old do you remember?

We start with this question in order to make you think about and appreciate better for what an impressive anniversary we are talking about in this case. „Vagonen zavod – Intercom“ in Dryanovo has been working for almost a century! And, as is well known, it is the first one in Bulgaria.

„Vagonen zavod – Intercom“ – Dryanovo restored its main production activity in the beginning of 2016. The factory signed a contract for the repair of railway wagons owned by Iran’s railways for the next five years.

Pan-European Transport Corridor No. 8 is one of the ten pan-European transport corridors connecting the Adriatic Sea to the Black Sea through Albania, the former Yugoslav Republic of Macedonia and Bulgaria. Along with corridors № 4, № 7 and № 9, it is one of the four main European corridors passing through the territory of Bulgaria.