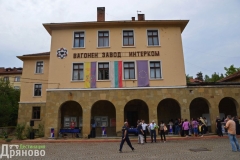 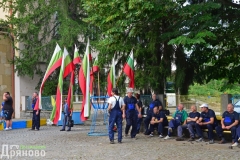 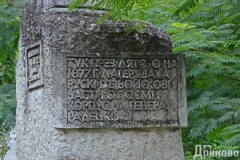 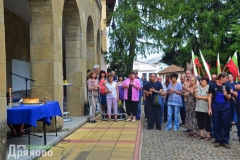 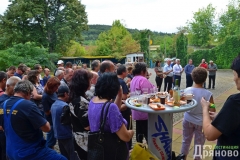 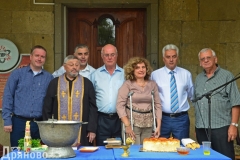 How many working enterprises in Bulgaria that are almost 100-years old do you remember?

We start with this question in order to make you think about and appreciate better for what an impressive anniversary we are talking about in this case. Vagonen zavod – Intercom in Dryanovo has been working for almost a century! And, as is well known, it is the first one in Bulgaria.

Founded in 1920 as the Craftsman’s Production Cooperative „Zdravina“ (“Strenght”), it became a state-owned factory in 1935 and in 2001 it again went into private hands. It began during the Kingdom, grew during the time of the Party, survived the “quakes”  in the 1990s. And in 2016 there may be difficulties, but it remains among the big employers in Dryanovo – it has more than 100 people staff.

On September 7, current and former factory staff gathered to celebrate the 96th anniversary from the beginning.

On the last two pictures you can see the recently renovated railway station „Dryanovo“. The need for improvements was essential and it is delightful that measures were taken.