„Train Car Factory -Intercom“ JSC – Dryanovo restored its main production activity in the beginning of 2016. The factory signed a contract for the repair of railway wagons owned by Iran’s railways for the next five years. This necessitates a serious upgrading of production equipment and an increase in hired personnel. The problems with the bigger creditors of the factory are already solved and its property was rescued from sale. 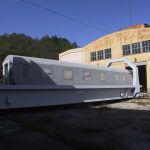 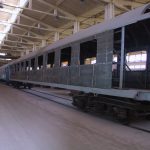